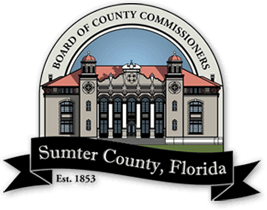 
A tornado is a violent whirlwind that usually develops in association with a severe thunderstorm. The winds in a tornado can exceed those measured in the most intense hurricanes. Wind speeds in an intense tornado are likely to rise above 200 mph. These violent winds are what makes tornadoes so deadly - they can uproot and snap trees, down power lines, move or pick up cars and trucks, and destroy homes. In addition, the wind-thrown debris poses a serious hazard to people in the path of a tornado.

The paths of tornadoes can be very short, or they can extend for many miles. Not surprisingly, tornado ground speeds range from nearly stationary to over 50 miles per hour.

Tornadoes in Florida can form in a variety of ways, and all seasons. However, many of Florida's tornadoes occur in the Spring and Summer months. Summer season tornadoes (June-September) typically occur along strong sea breeze boundary collisions, as well as from tropical cyclones.

Florida tornado climatology shows us that strong to violent tornadoes are just as likely to occur after midnight as they are in the afternoon. This unique feature makes these tornadoes more dangerous because most people are asleep after midnight and cannot receive weather warnings relayed by commercial radio or television stations.

Ensure that you have a NOAA Weather Radio and have signed up for emergency alerts through AlertSumter. This will allow you to receive warnings issued by your Local National Weather Service office.


Tornado WATCH - Issued to alert the public that conditions are favorable for the development of tornadoes in and close to the watch area. You should monitor local news and your weather radio.

Tornado WARNING - Issued by local National Weather Service offices to warn the public that a tornado has been sighted by storm spotters or has been indicated by radar. These warnings are issued with information concerning where the tornado is presently located and what communities are in the anticipated path of the tornado. You should go into a secure room of your house and remain away from windows or screen doors until the warning expires.

Tornado EMERGENCY - An exceedingly rare tornado warning issued when there is a severe threat to human life and catastrophic damage from an imminent or ongoing tornado. This tornado warning is reserved for situations when a reliable source confirms a tornado, or there is clear radar evidence of the existence of a damaging tornado, such as the observation of debris.